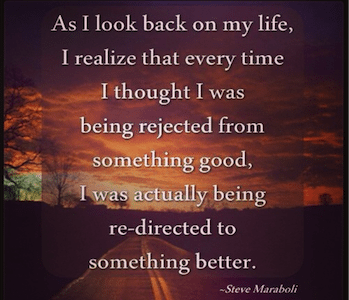 It was being used in the context of describing multiple things going absolutely haywire for someone right before they were catapulted to their next big level.

I’d never given it a name, but I immediately knew that this was something I had absolutely experienced in my life, many times.

Interestingly enough, the phrase “things fall apart” had been somewhat of a running theme in my life as well, as it’s referenced in a Yeats poem that was a favorite of mine in high school, and it was also the title of one of my favorite albums in college by The Roots.

Beyond that, it also continued to show up in other ways.

Gay Hendricks refers to a similar concept as the “Big Leap” in his incredible book of the same name. He writes:

Here’s the bottom line: we have an inner thermostat that determines the amount of love and success we allow ourselves. When we exceed our setting, we tend to sabotage ourselves so that we can return to the old, familiar zone where we feel secure. The thermostat was set before you could think for yourself, usually in early childhood.

Another way to look at this is if you won’t “let go” of what isn’t serving you, be warned that you may get some assistance in making it disappear.

It can look like relationships coming to an end, financial crisis, deals falling through, technology breaking down, illness or any myriad of catastrophes big or small.

But here’s the perspective shift:

When things go crazytown, or explode, or something “goes away,” look at it from the perspective that someone or something may really just be clearing the way for something even bigger and better to come into your life.

Be reassured that this phenomenon is not only normal, but a reason to be excited for what’s just around the bend for you.

Things blow up to help you course correct. Some things need to fall apart for better things to come together.