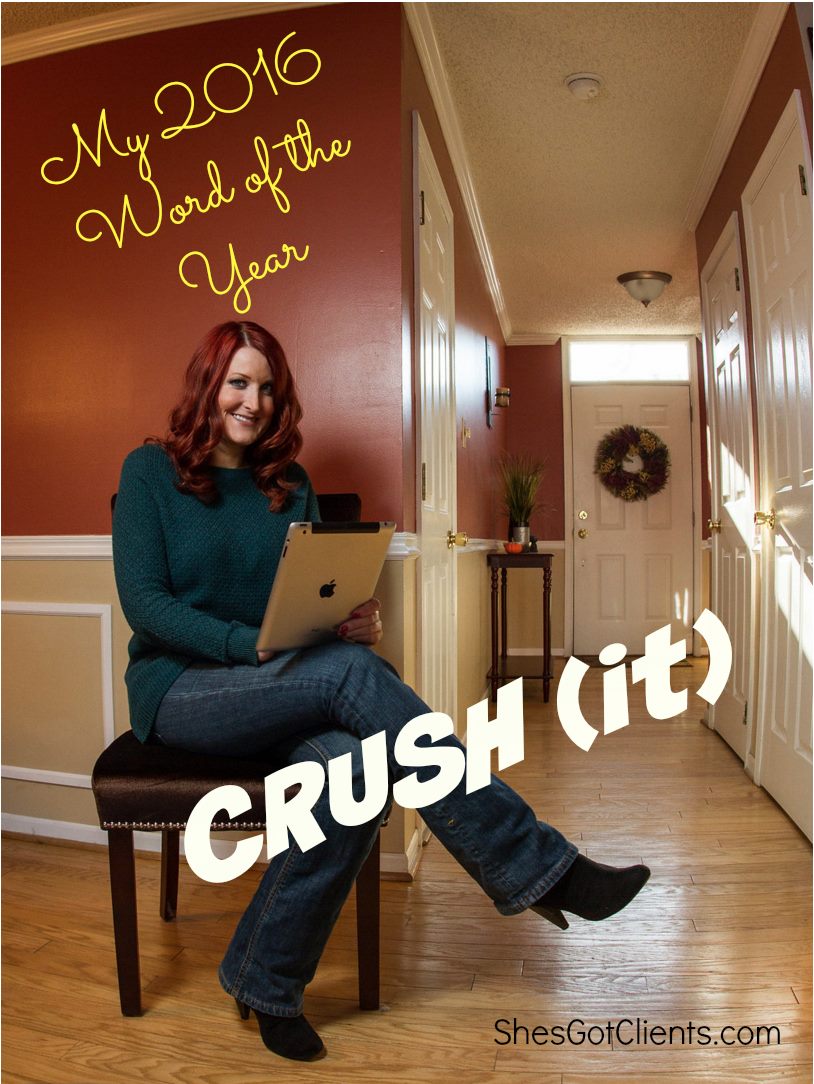 2016 has the honor of owning the word CRUSH.

Nope, not that thing I had for that Jewish boy all through junior high (who was my “boyfriend” for officially 3 days before dumping me by “note.” Yes, long before texting.) “CRUSH” as in: Take no prisoners, destroy the odds, blast out of comfort zones, defy expectations, and surpass any and all previous goals, accomplishments, results, and achievements. (“Crush It” being popularized by Gary Vee in his book of the same name years ago.) It seems highly appropriate given that I’ve quite literally gotten sick of inhabiting my own little box. On the outside, others may see that I’ve grown and accomplished a lot. And sure, I’ve come a long way. Done some cool stuff. Hit some big goals. Had the immense pleasure of helping lots of really great, inspiring entrepreneurs. But I don’t think anyone else but yourself can look at the state of things and declare:

I have so much more I am capable of, and I would be fooling myself to think I’ve even scratched the surface of fulfilling my potential.

I’m going to crush any previous goals achieved, accomplishments made, and kudos received.

Yes I’m going to put it crudely by declaring that I am going to make 2016 my bitch. 😛 I’ve got a lot more wowing to do. I’ve come TOO far, to only come this far. Oh no. Watch me!! Now you: do you choose a word of the year? I’d love to hear what yours is in the comments! Photo by the lovely Katy Rose Photography