On Anxiety and Being an Entrepreneur 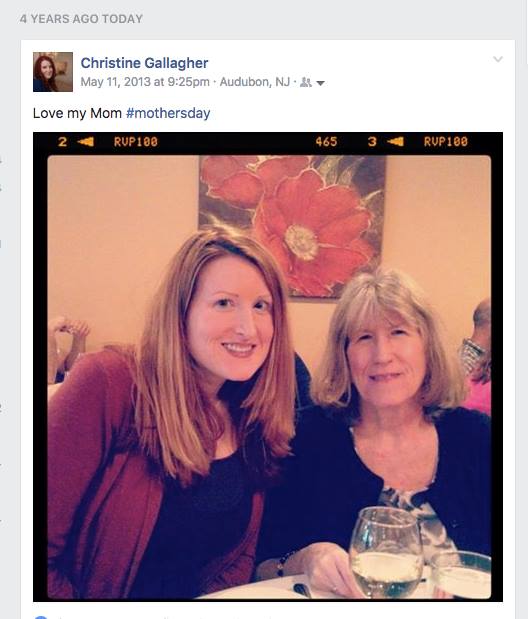 Yesterday morning Facebook greeted me with one of those “On This Day” posts from 4 years ago. It’s me and my Mom at Mother’s Day lunch.

What struck me about the picture is that I distinctly remember being in the middle of one of the absolute WORST periods of acute, debilitating anxiety in my life.

I may look serene on the outside, but my insides were quaking. It would be another 6+ agonizing weeks or so until I got that particular stretch of horrific anxiety under control.

Before I did, I spent a ridiculous amount of time barely able to get off the couch, trying to explain to my (now ex) husband why it was just so bad. As those of you who also struggle with mental health issues know well, people who have never suffered with them often just Do.Not.Get.It.

I did the BARE minimum of work just to keep my business going that year. It was an enormous effort to even open my laptop most days.

The fact that I’m an “achiever” by nature made this doubly worse because it stirred up all kinds of fears about not reaching goals or doing “enough” day to day.

I spent most of my time going down rabbit holes of online message boards desperately looking for any shred of hope or stories of overcoming.

I want to note that I’ve struggled with anxiety since I was little – one of my earliest memories of it is of breathing into paper bags at age 8.

Losing my best friend and her entire family in a terrorist plane bombing 3 years later only compounded things of course, and at that young age I constantly wondered why I had so many emotions that felt so heavy and so “adult,” when all I wanted was to be a kid. To be “normal.”

Why do I share this? Because I know I’m not the only one, and I know there is still SO much ridiculous stigma and shame surrounding mental health in this country.

Maybe it could help some of you – to see someone who by some standards has publicly “done well” for herself – share that this has been my reality, too.

And while things have been under control for a while (and for that I am so grateful), I am not naive enough to think I won’t have to fight this battle again.

Interestingly, that year, 2013, ended up being an incredibly successful year for me in my business – by far the best yet up until then since I started my company in early 2009.

I mention this only because in the depths of the Spring of that year, I would have never, ever believed that would be the outcome.

Things were way too dark.

It WAS the outcome. And the darkness lifted. I want you to know it will for you too, if you happen find yourself there now.

And I stand with you. It’s high time we told the stigma of these sorts of things to screw off.

What it’s really about is this: I believe in the power of telling the (true) story.

Because this is what will help heal our world. xxo